The layout editor is a fully functional GUI editor, modded into Minecraft, allowing you to edit menu screens like you would edit an image in the image editor of your choice.

It imitates its big editor siblings in many things like shortcuts and menu design. 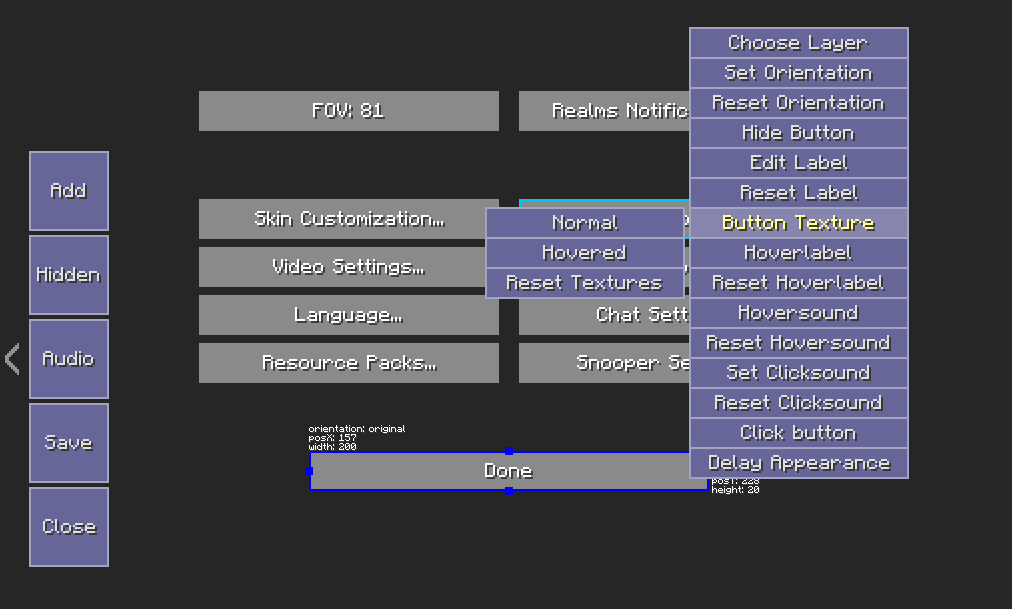 You can reach the layout editor by using the customization helper.

Using the layout editor is just as simple as using Paint!

When you open the layout editor, you will see a menu containing (mostly) all buttons from the menu you want to edit, but they are not real ones, you can't accidentally click them and open another menu or something.

One of the first things you will see in a new editor screen is the little arrow on the left side of the screen.
This is the collapsed side menu. You can leftclick this arrow to show the menu.

The Add button opens a popup menu with all types of objects you can add to a menu screen. 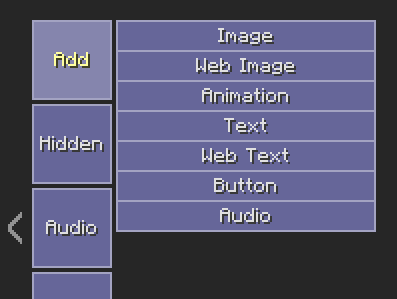 The Hidden button contains all your hidden vanilla buttons.
Leftclicking one of them will make it visible again. 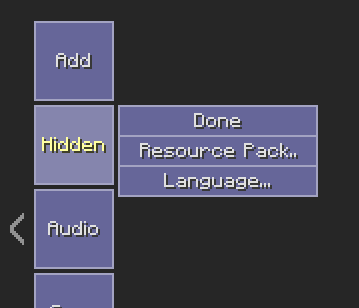 Audio contains all background audio files you've added to the menu.
Leftclicking one of them allows you to manage it. You can set it to loop-mode mode and delete it. 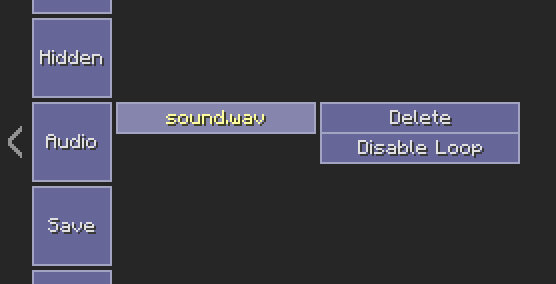 Save will let you save your created layout and Close closes the layout editor.
Both actions needs to be confirmed to prevent you from accidentally closing the editor. 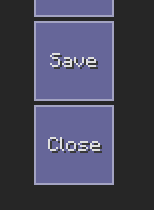 You can reach the layout options by rightclicking the background of the layout editor.

This will open a popup menu with options to: 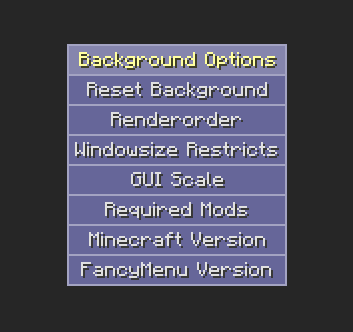 The object options can be reached by rightclicking any visible object in your layout.
Every type of object has different object options, allowing you to customize and delete the object.

You can change the orientation of an object by rightclicking the object and clicking on "Set Orientation". 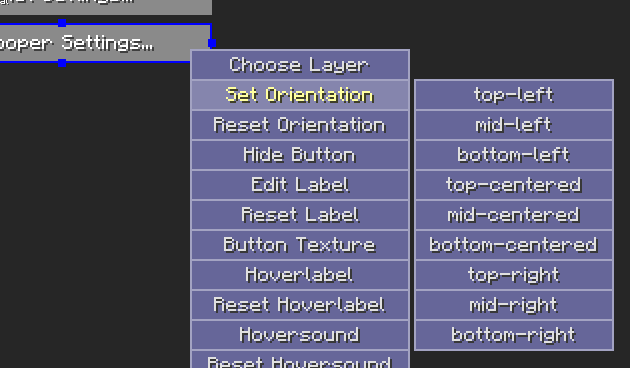 Your object will then be moved to the origin point of your choosen orientation, which shows you from where its position will be calculated.
It depends on its orientation how an object will act when resizing the window. You can easily test this by resizing the layout editor window.

The best way to understand the real behavior of orientations is by trying out different orientations for objects and resize the window.

Sometimes, multiple objects will be on the same position, making it impossible to reach the object in the background.

Every object in the layout editor has its own layer. You will not really recognize this, until you need it.

By rightclicking an object stack and clicking on the Choose Layer button, you will be able to choose between every object at the position of your mouse.

The layout editor has some very useful and well known shortcuts to quickly navigate through it.

This shortcut will undo the last thing you've changed in the layout.

This shortcut will redo the last step if you've previously used the CTRL + ALT + Z shortcut.

When an object is focused, you can press DEL to quickly delete the object.

You can move focused objects by using the arrow keys.

When pressing SHIFT while resizing an object, it will be resized by its aspect ratio.

Export
Back to top